Drill Down Into Story Ideas

Many people ask authors where they get their idea . This panel asks: "How do you develop your ideas into stories?" We will take an idea or two and work on how we would turn it into a story."

Sometimes you get how-to-write books that describe what you start with.  With a thesis, perhaps.  Or a snowflake pattern -- you start with a one-sentence summary of the plot, and then expand it into a four sentence description. . . .

Ignore them.  Unless it works for you.  But if your muse finds it as silly as mine does, remember the first rule of story inspiration:  You start with what you start with.  If like Tolkien, what really inspires you to write is the thought of a world where Elen sila lumenn omentilmo. is a common greeting, that's what you start with.  (I don't recommend the exact phrase, though.  0:)

My own tend to start with a brief flare of a moment, to be developed outward.  (Once I have filed off everything that shows I ripped it off, if necessary, but that's another topic.)  Here are some ideas which can grow:

Settings can be difficult.  They need not suggest either a character or a plot, so the question arises:  which of either would be fitting to dramatize the setting.

Take, for instance, a scene with a city by the waterfront, all its towering buildings brilliantly pastel, with the sunrise coloring the sky the hues of pink and yellow, and all the canals reflecting it back, except for the gondolas darting about the surface like dark shadows.  A peaceful scene -- it does not suggest war.  The likeness to Venice, however, could inspire political intrigue.  The  scale of it suggests richness -- perhaps it has gathered treasures to serve as good MacGuffins, or knowledge that would draw a character to haunt its canals and alleyways.  Or perhaps the brightly colored tower are onion-shaped, and you think of Moscow, with all its intrigues.  Or perhaps it is made of some strange, magical material, and the story is about learning the city's magics.

Sometimes it's wacky.  That helps.  Time was that SF editors would order art, print up the covers in batches, and then tell a writer to make a story to match.  (Poul Anderson got an award-winning story "The Critique of Impure Reason" by asking his wife to give him a cover.)  If, for instance, you had an oak growing away in the desert sands, you have a good chunk of world-building just to explain it.  Where does the water come from?  Is there a spell sustaining it?  A curse to make the land barren?  Was it laid because there is some peril in the land that could come out if there were

Then again, suppose you are struck by a scene such as this: 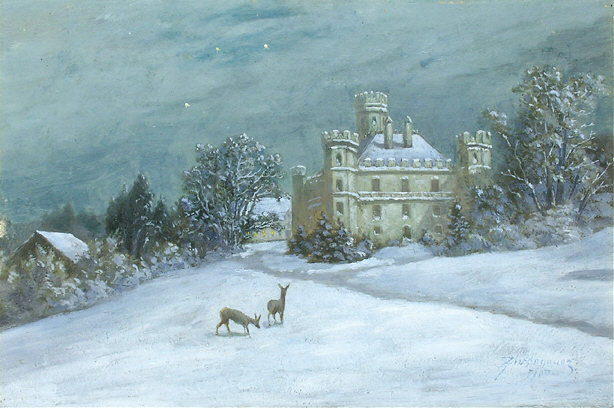 Peaceful, serene -- no figures -- and you have yourself a problem.  The number of windows seems to indicate the castle does not expect attack, and hasn't for a long time.  Though perhaps one could work with the deer and see if they were magical.  Or a weary traveler can arrive -- this looks like a place where one could easily be trapped.  Is it even inhabited?  A Christmas tale -- perhaps one of the ghost tales like Turn of the Screw or A Christmas Carol.

Another path is through characters.  What you do -- well, it kinda depends on what you get for characters.  If you know what the character most wants in all the world, you're already well set, because that will drive the plot -- though it can be hard to develop yet.  If a character wants vindication, you still need to know how he was wronged and by whom even to start with.  Me, I tend to get moments.  Seeing, for instance, a young woman with blue birds, which leads to the question of how she got them to perch on her hands, and what other people think of it, and whether it will prove useful.

Or you rip off a moment such as this: 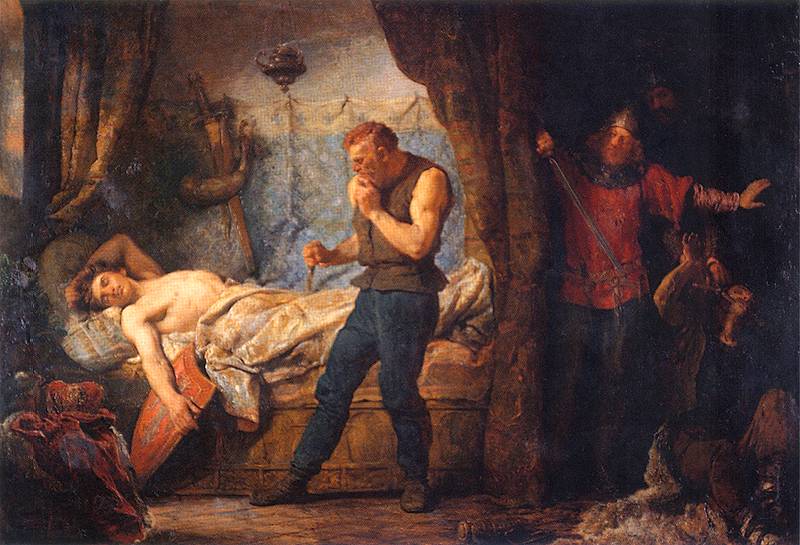 Personally, what I think happens next is that someone in the room -- closer to us than the portion shown -- screams.  Which does have the advantage of causing dramatic action very quickly.  You could, of course, look up the king whose abduction and murder is depicted here; that might inspire more thoughts (The Assassination of Przemysł II in Rogoźno., by the way).  On the other hand, it would also channel such thoughts.  The muse can be persnickety about her feeding.

Those of you who have recently read my blog know that I can get ideas from -- well, ideas, overarching philosophical notions, whether aesthetic or not.  But not often, so I have only one to offer, about rewriting a story -- say, if you did look up this one, and got inspired by its story: 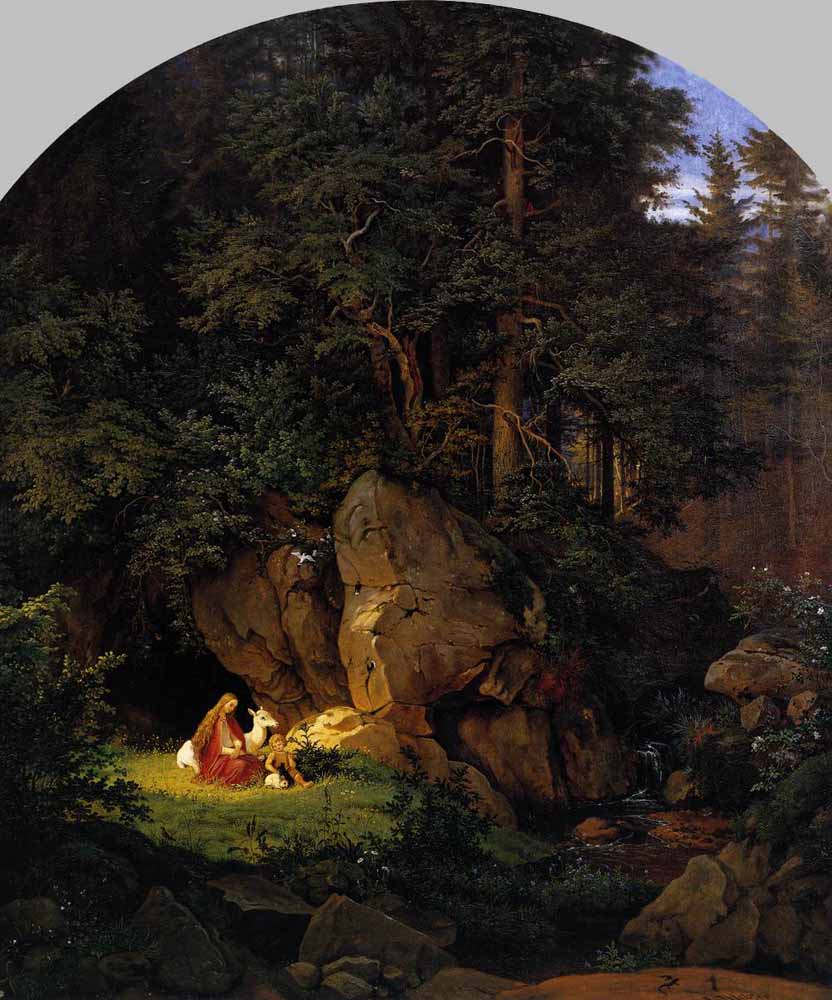 Genoveva of Brandant, in her forest refuge, where she stayed after being driven from court by slanderers.  (Think, the second part of "The Girl Without Hands.")  If you're so in love with the story that you want to retell it straight, it gives you all the plot, but the characters are too sketchy for a story.  They need to be fleshed out in full.

And a random thing for which I suspect a story but my muse is merely playing with: 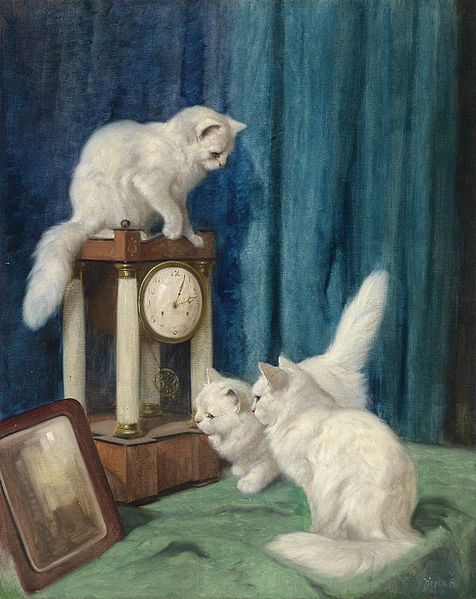 Anyone want to develop any of these ideas further?  Anyone want to offer their own ideas -- perhaps with some comment about how you drill down -- for further development?  (Please keep it PG-13.)